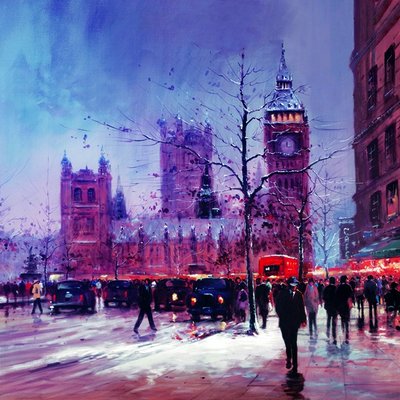 Set in the midst of winter as the hustle and bustle of the busy Londoners pass one another, the cold bites down on the fingers and toes of it's occupants as the clock tower of Big Ben and the houses of Parliament loom over the city square, standing guard eternally through the scene frozen in time.

Clawing out to the sky a single tree stands prominently in the centre of the image with many other trees lining the background, the crowds weave and maneuver around them with ease as the cold turns tan bark white and green leaves pale.