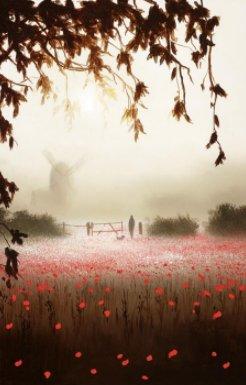 ‘Taking Time’ out of their seemingly timeless endeavours, an individual and their faithful four-legged walking companion are observed in the middle distance of much-collected contemporary landscape art practitioner, John Waterhouse’s very latest pictorial offering seen here for the first time. Making their way through a gloriously etched field of floral dreams, the illustratively considered duo are inhaling the sights and smells of their immediate surround; stood momentarily in the shadow of a windmill, yet whose shadow is visually compromised to a certain degree by the ethereal presence of a Waterhouse signature swirl of descending and creeping mists. This board only giclee arrives in the gallery in hand-signed limited edition guise this Spring 2018, however with a mere 195 examples of these 10” x 16” pieces up for grabs, you’ll need to register your interest sooner rather than later.