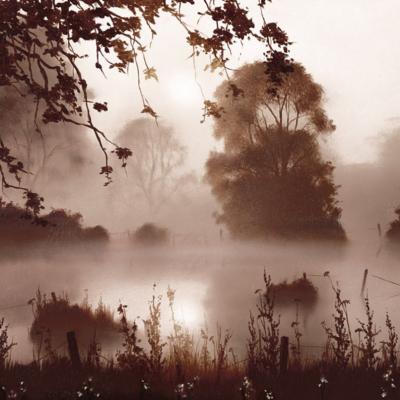 Reminiscent perhaps of the dawning of time, although with a far less Jurassic backdrop adding historic tempering to its presence, ‘Early Light’ is the envisaged dawning of a new chapter in our everydays by the critically acclaimed and much sought after contemporary landscape artist, John Waterhouse.
Capturing and illustratively mirroring the ushering in of a brave new day, Waterhouse has depicted a scene by which we can all relate to and store hope in, as a fresh start and new beginning beckon for all in this highly impressive one-quarter of the hugely popular fine artist’s 2014 individually signed and limited edition mini-series.