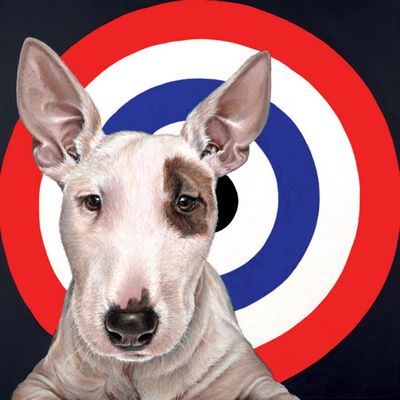 One hundred and eighty! Shouts the commentator as you hit the ‘Bullseye’, should you be that proficient a darts player that is. And come with your own commentary team in tow.

‘Bullseye’ is, what we’ve already fast become aware of, an illustratively-enticing trait and pictorial sign of what’s to come from the Goodhead stable going forward, as the artist blends her passions for well known brands, pop culture, fashion, films and that very British thing for visual jokes and humour to devastatingly graphic effect.